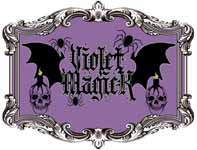 Honestly, I have to say that this three tracks demo didn’t impressed me much when I played it for the first time. It took me some time to get this obscure flavor from the music itself; and now I can’t say that is my favorite one, but I find it quite interesting for what seems to be a promising doomed/horror rock band. Coming from Mexico City, this young musician left ASPHIXER (a thrash metal band, old school styled), and started this adventure into the doom and old magic tunes. I really liked the first track, which opens with a gloomy/sacral organ, and after that, the music reminds me a lot the solid rock from early MISFITS, with basic and effective guitar riffs and certainly a great vocalist attitude. My favorite one is the second track called “Spirit Rise”, which is very influenced by early Maiden, with a galloping bass guitar, a frenetic drum set and a awsome metallic stench. Also the last part on “The Etereal Path” has an astonishing line on bass guitar that blowed my fucking head. There are some technical aspects to improve, and definitely affects on the musical performance, like the guitar solos, or the metric on vocals, but the spirit of the music is still intact and I’m sure they will be giving more news in the near future. For lovers of occult doom metal music. – Victor Varas