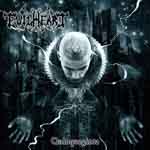 I ordered the new album from this Mexican horde, but I can’t wait, so I downloaded the digital promo. Yep, for over 15 years the band has increased a lot the musical skills, and now they have reached one of the highest positions in the best death metal bands in Mexico, nowadays.

Founder drummer Rodolfo Rogers has always recruited really good musicians for the band, and for this album he stayed as basic line-up: guitar, drums, and vocalist/ bass player. Things have changed since the critic acclaimed album “Storm of Annihilation”, as this time they still sound extremely brutal and technical, but they are also more oriented to melodic stuff. Guitar riffs are aggressive and thick like shit, but Adrian Urias knows how to put small details and musical arrangements on specific moments, and the result is excellent. (Killer soloing btw!!) Also, I liked the way they composed some slow tempo structures here and there, and added some twisted ideas, like a soundtrack for bizarre stories. Everything tied by old school sounds from Scandinavian death metal, and I must say that this band has found an own style and a good place in the road of brutal death metal.

This piece of necrotic brutality was Mixed, Mastered and Additional Engineering at Mana Recording Studios (Florida) so; you may already know it’s flavored with high doses of rottenness. The CD also contains a cover version of “Severance” from Cenotaph, which if I don’t mistake, it was released in a Tribute CD. What we have here is part of the top ten of modern death metal bands in Mexico. It’s highly recommended!! – Victor Varas