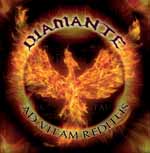 Everybody knows that Italy has one of the most important traditions of rock music in Europe. Of course, we can name a large list of bands that influenced the sound of actual projects, mainly in progressive music.

These guys have an eclectic garden of influences but I must admit that they added a good charisma and a particular perspective of hard rock music interpreted in native tongue. Coming from Brescia, Italy, the band was formed in 1994 and took as influences old bands like Deep Purple, Uriah Heep. They followed the tradition of Italian prog and forged the style into hard rock and soft rock music, with good taste and melodic lines. This is the second album and it really impressed me because of mature ideas and high octane rock n’ roll here. All tracks have the same spirit of nostalgia (in the good way), and delivers vibes of old rock bands from Italy. Also, keyboards sound excellent and make a good balance in a solid wall of sound ala Deep Purple. Of course, this band has experience, talent and good taste. My favorite songs are “Gloria” and “Ballata Del Buon Vino”, both has distinctive personalities with great musical resources, epic moments and superlative melodies. This is highly recommended for those who like good rock music with good taste coming from Italy. As extra info, this album includes a cover version of “Ballo in Fa Diesis Minore” original from Angelo Branduardi. – Victor Varas