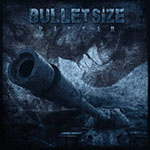 Well, this is the fourth album of the band, which seems to be very active since the beginning, around 2006 (previously they had another band called Metal Wings). Based in Östersund, Sweden, these guys composed a very good album here, with fast guitar riffs, solid structures and adrenalized mood.

This moves into the territories of thrashmetal and death metal genres, but the band knows how to get a decent mix without falling into childish mistakes. Everything sounds fast and powerful, and reminds me old beasts from South America, but with a modern production. My favorite one is “Genocide” which is a very fast song with the essence of speed metal on rhythm guitars.  Of course this band has roots from many sources, mainly in big names of the genre, but this band performs high octane atmospheres and certainly has a peculiar sound defined. Also, vocalist recorded really good lines in the entire album, making homage to the old school. All tracks sound melodic and contain great musical arrangements, the band dare to get a clear recording but this doesn’t means to sound “modern” or weak. This is a great album recommended for those who worship fast and deadly metal. – Victor Varas